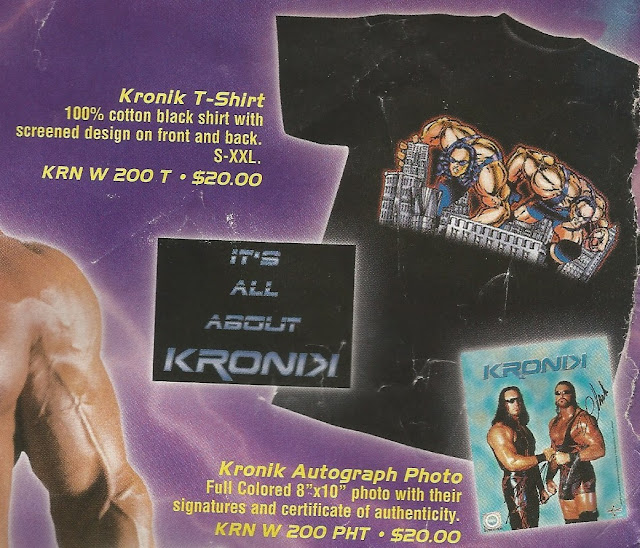 I've never been to a WCW event, as they didn't really travel to the Northwest, but plenty of our favorite wrestlers were in the WCW at one time or another.  Brian Adams was in a tag team called Kronik with tag team partner Brian Clark, in 2000-2003.  The team even moved over to the WWF after WCW was sold.  They only stayed there for a VERY short while and then moved on to All Japan and appearances in other smaller promotions.  Both Brians, Adams and Clark, retired from wrestling while a part of Kronik.