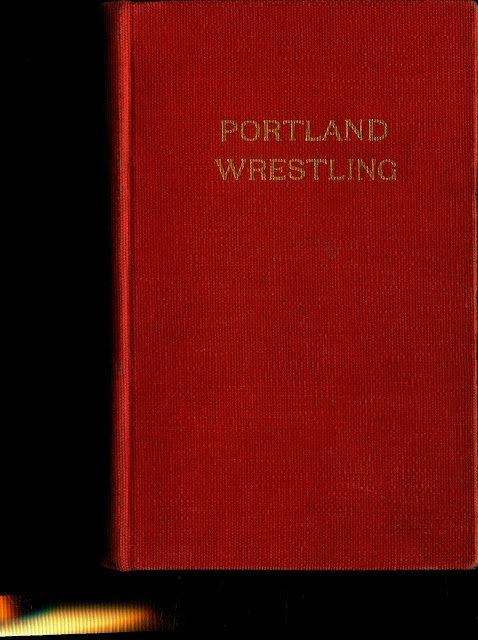 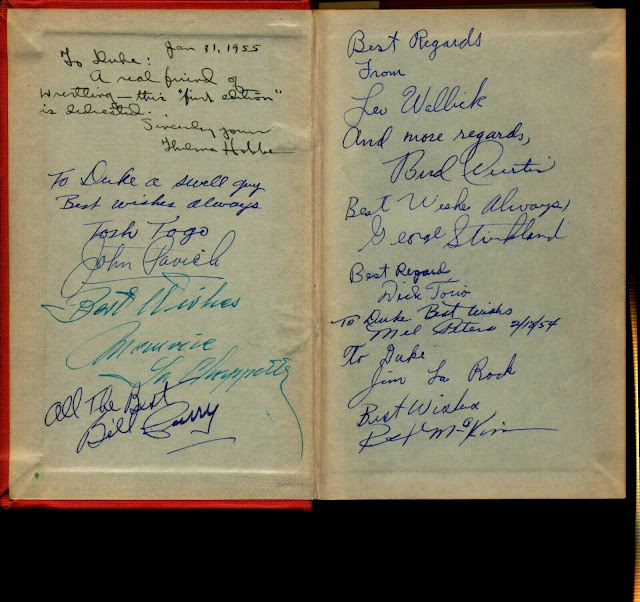 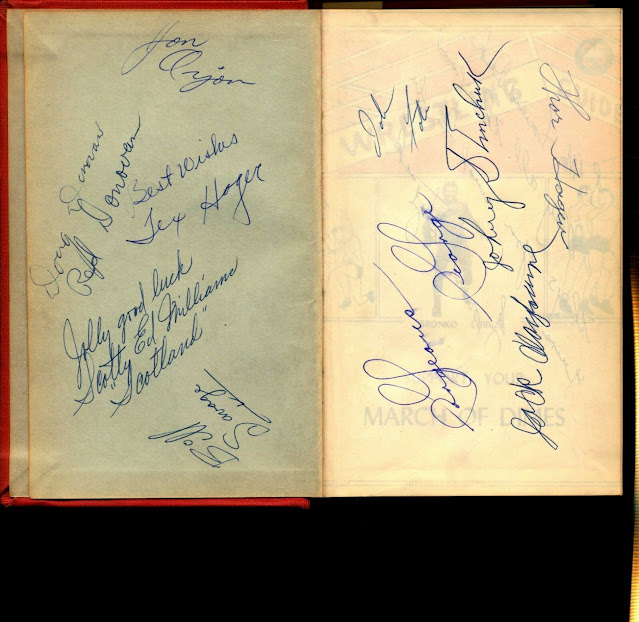 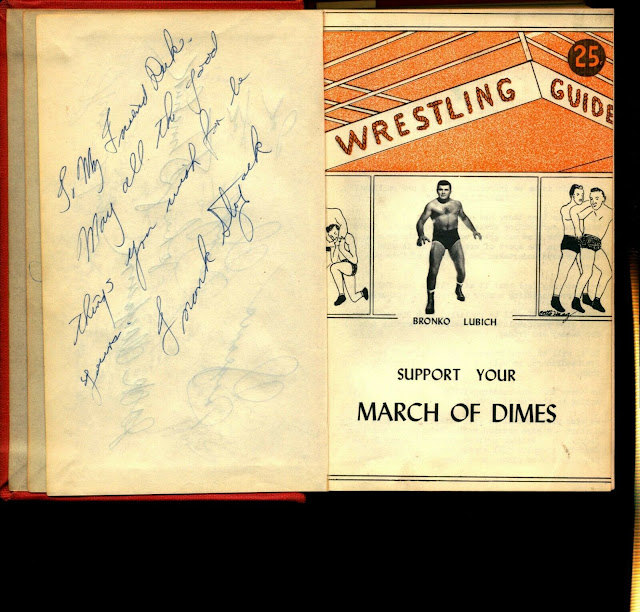 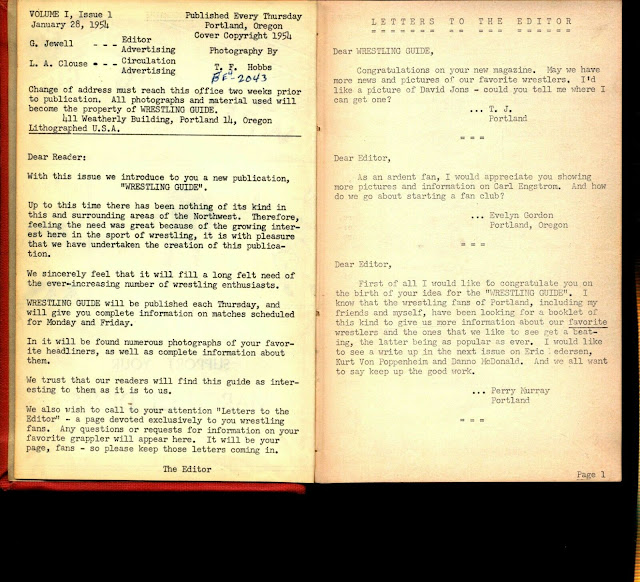 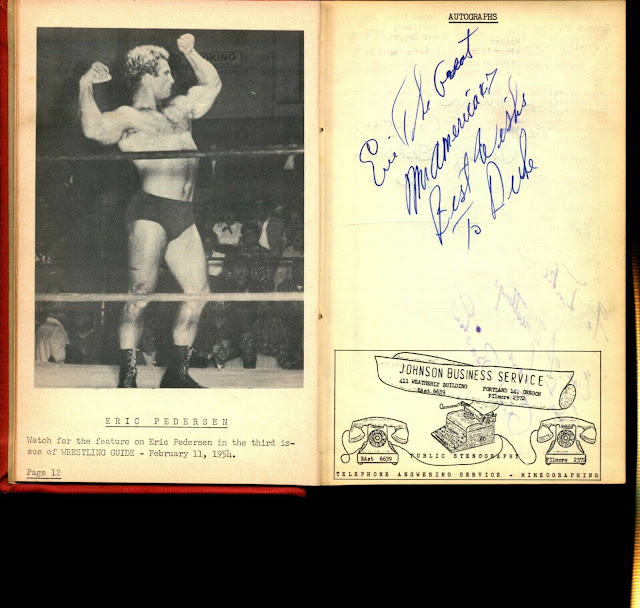 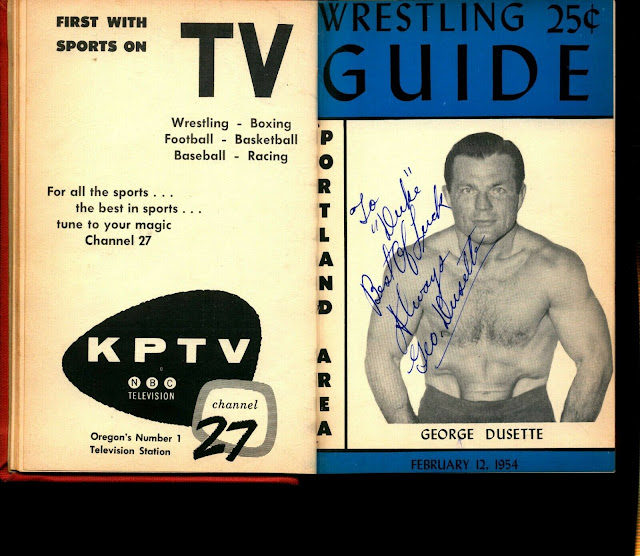 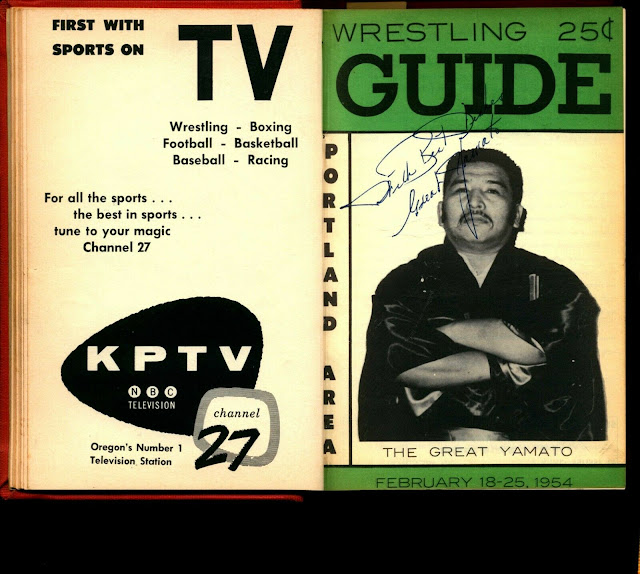 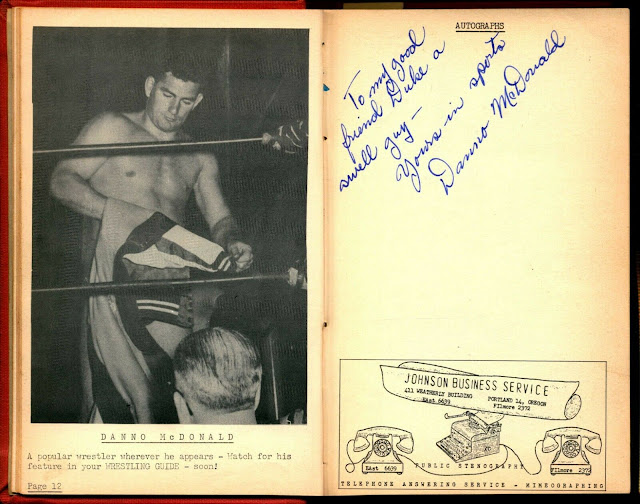 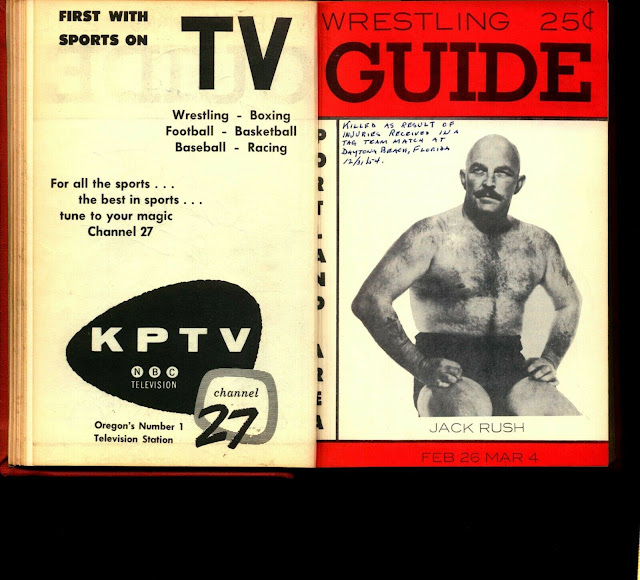 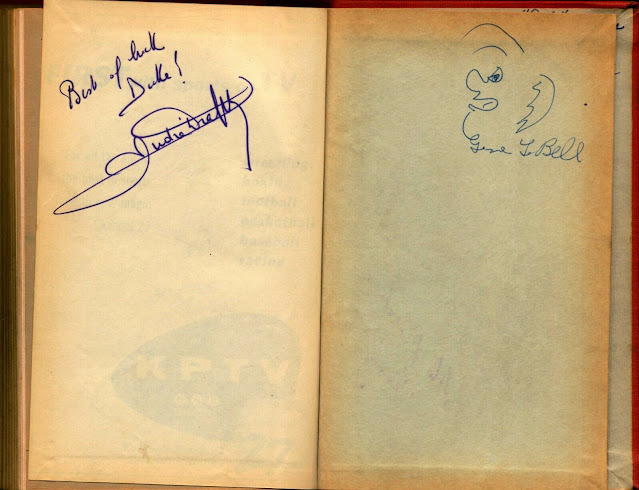 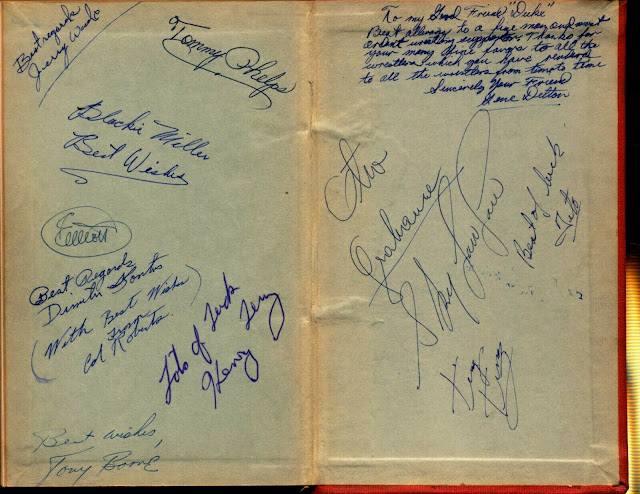 I have again started combing through my collection and found a bunch of photos that were duplicates for ones that I already had, or pretty close.  So I put them into some small lots and listed them on ebay.  The photos aren't that great, but I was like 12 or 13 when I took most of them with 110 film.  But they still represent some pretty great memories. 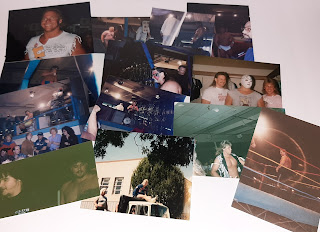 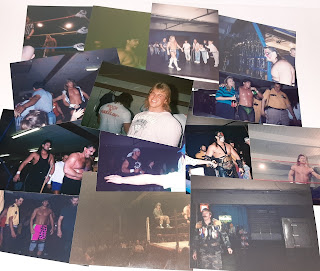 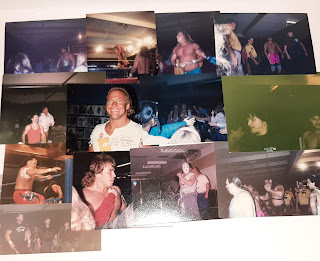 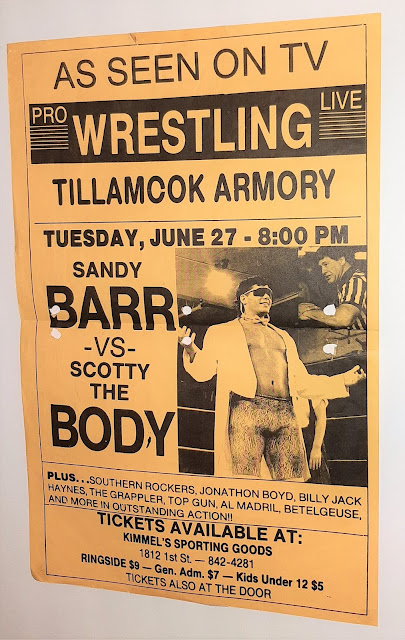 We didn't go to out of town matches very often.  The Sports Arena was usually the closest venue to our house in Milwaukie.  However, in the summer we would get to go to a few.  Usually at
the beach, because my Great Grandma lived in Rockaway.  We would combine a trip to her house with matches in Seaside or Tillamook.

I'd always go into stores in town the next day to ask for their posters!

Check out my other blog posts about the OWF. 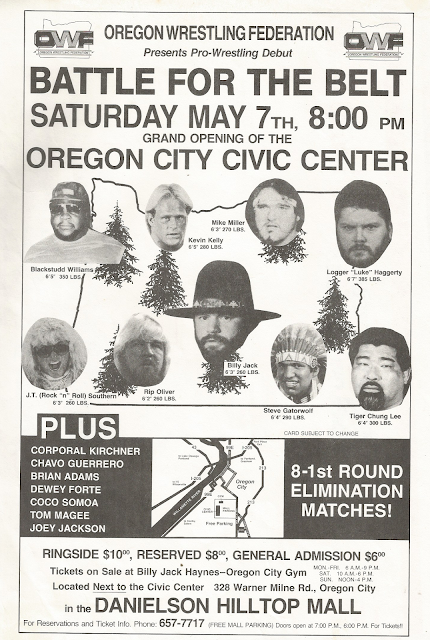 This was a fun and exciting night!
Check out the videos on YouTube!

I don't know the exact date of this program, but I am sure it is 1985.  That is the first year
that I started going to the Sports Arena.  This might even be my first show!  It is interesting that
in 1985, Don Owen was concerned about Vince McMahon invading his territory.  I was guilty of going to some of those WWF shows that came here to Portland.  Sorry, Don!
(To see the images larger, click on them or right-click to save them to your computer.) 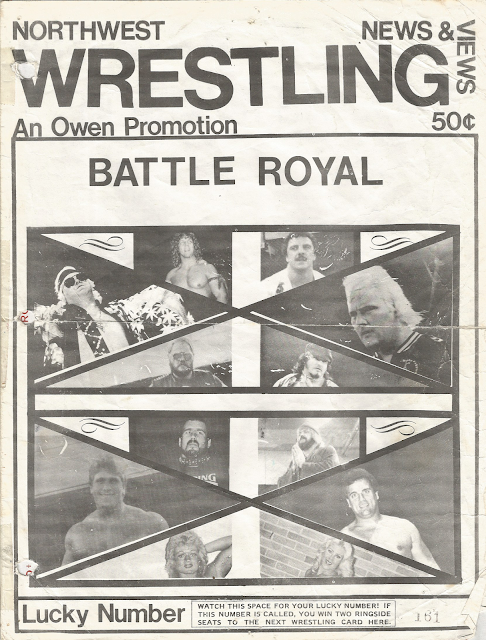 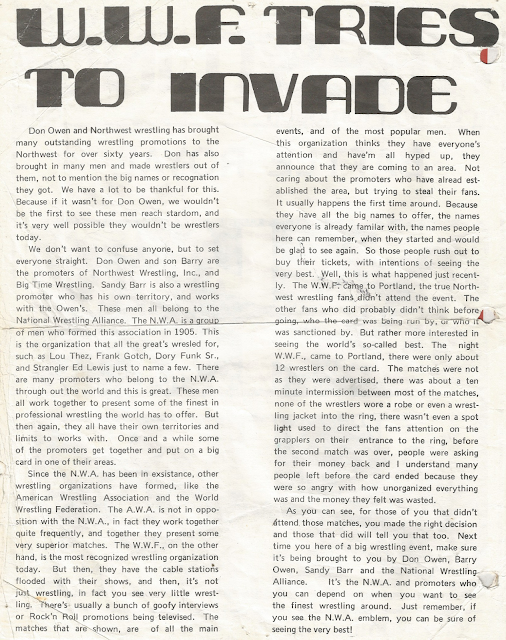 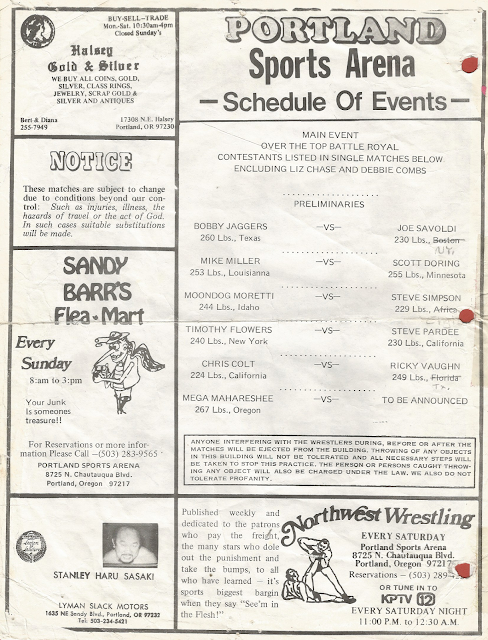 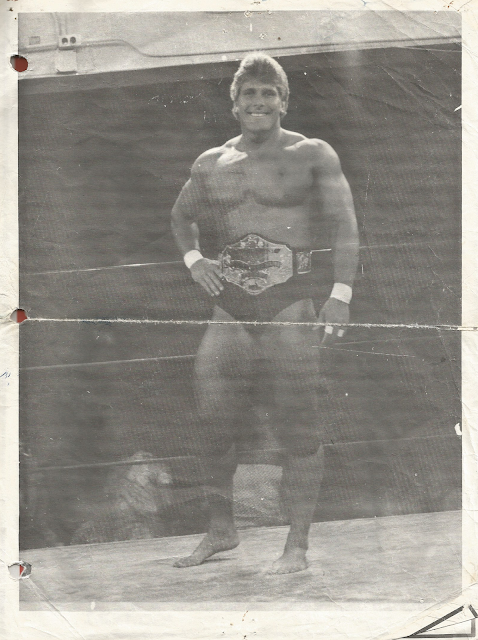 Ricky Vaughn later wrestled in World Class as Lance Von Erich.
He wasn't a Von Erich, but he looked like them.
I would NOT have walked around the Sports Arena in bare feet!!!!

When I was a kid, I hated this guy!  Which is probably the highest compliment you could pay to someone who dedicated much of his wrestling career to being the top heel (Bad Guy) in any territory he wrestled in.

One Christmas, Rip dressed as Santa Claus and walked around the arena passing out Candy Canes and eventually made it to the ring where he attacked Billy Jack Haynes.  I was so mad I spit out that perfectly good candy cane!

Thanks for all of the great entertainment you provided and putting your heart and soul into your work. You will be missed. 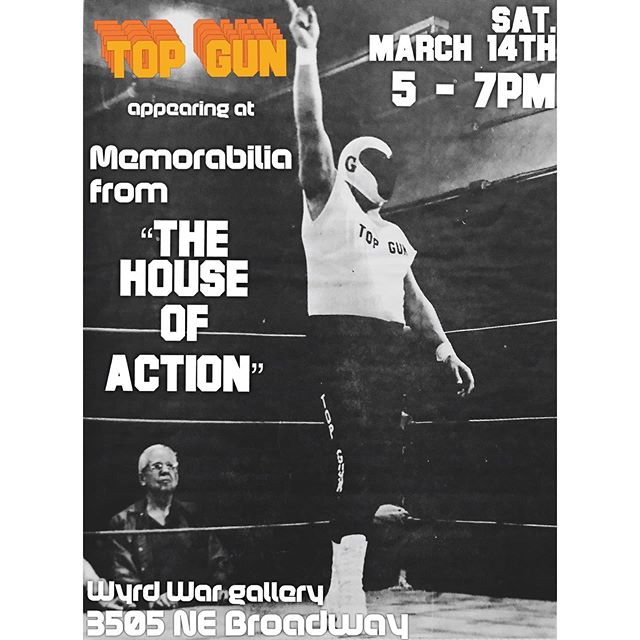 @classicportlandwrestling (on Instagram) is displaying his Portland Wrestling Collection at Wyrd War, 3505 SE Broadway, Portland.  You can see the display Saturday and Sunday 12-7pm through March 21st.  This Saturday, Top Gun will be appearing from 5-7pm.  He'll be taking pictures and signing autographs.

I visited the display last weekend, and there are some pretty awesome items, including ring worn trunks from Buddy Rose and Roddy Piper, as well as tons of photos and PNW belt replicas.

There is also a Blue Collar Wrestling event happening on Sunday night which will feature Top Gun and CW Bergstrom.   That event is held at a Lodge at 7611 N. Exeter Ave. in Portland at 6pm March 15th.

AND..... Top Gun will be doing a seminar about the wrestling business on Monday, March 16th.  Contact Blue Collar Wrestling for more information and tickets!