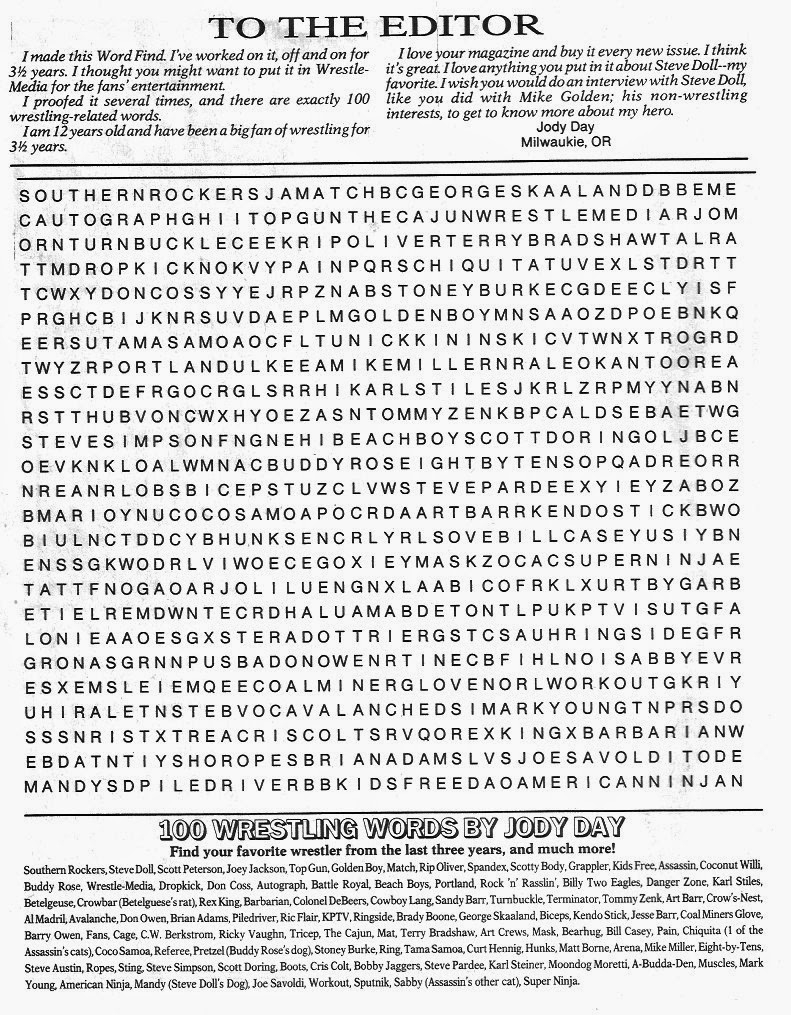 Yes, other than my own blog, I am a published author!  I was published in the Wrestle Media.  I used to love to do word finds and to make them.  Not sure if I actually worked on this for three years, I remember that my mom wrote the letter because she dropped mine in a puddle or something. 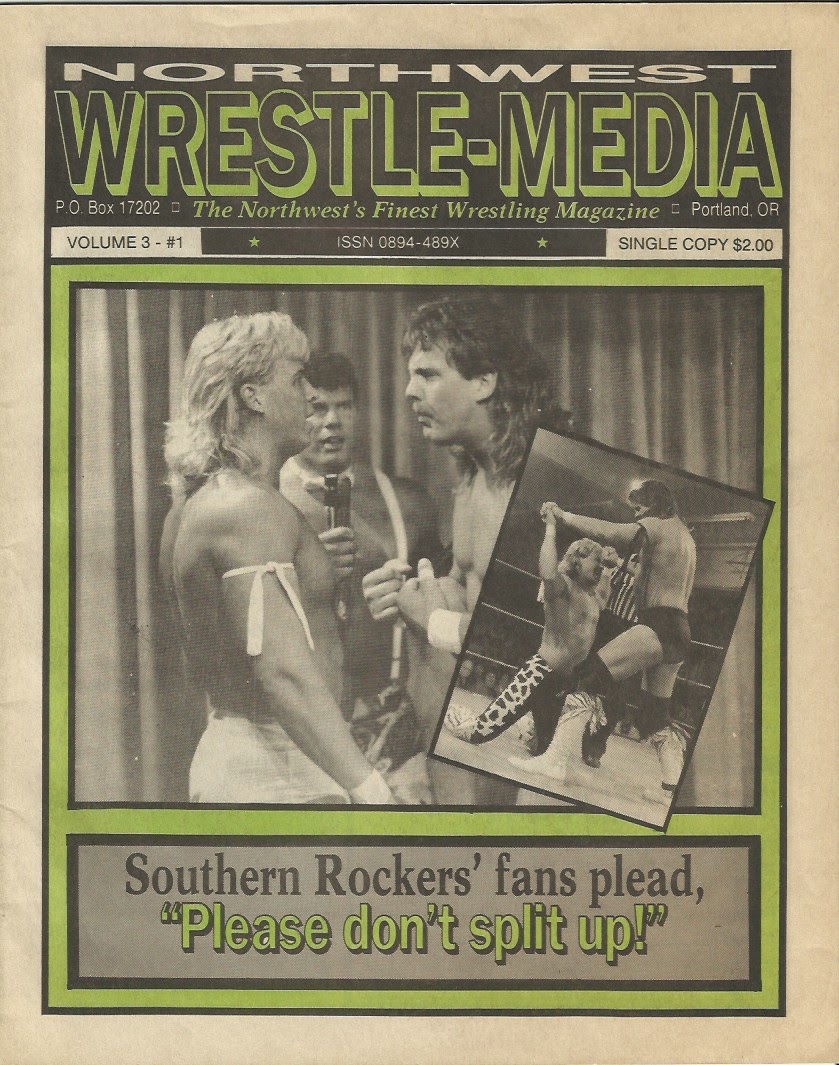 In 1989 people, myself included, were OBSESSED with the Southern Rockers.  Attendance was high at the Sports Arena every Saturday Night.  During that time the wrestlers oftern did charity events on Saturdays and Sundays.  Those were always packed with people trying to get close to Steve Doll and Scott Peterson.  When Scotty The Body came to town, he was the perfect foil.  They worked an angle where Scotty the Body tricked Scott Peterson, the more gullible of the two, into believing that Steve was taking all of the glory.  The angle went on for weeks and fans bought into it big time.  People were standing in line for hours outside the Sports Arena to make sure they could get in.  On TV they talked about selling out, and the Arena was FULL every Saturday night.  I mean JAM packed.  But I don't konw that they ever actually turned anyone away.

When they actually broke up, fans were outraged.  I remember my mom being afraid that their might be a riot!  And when they got back together they must have sold tens of thousands of dollars in all new merchandize perfectly timed to their reunion!  They had t-shirts, bandanas, fans, photos, buttons and those things they tied around their arms. 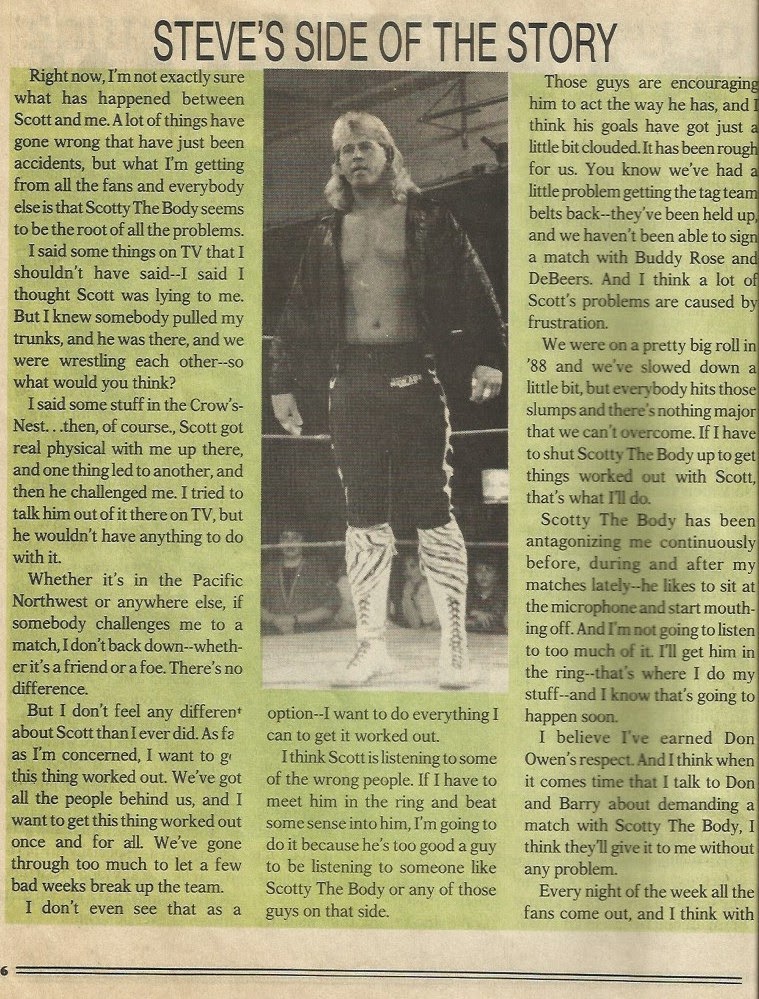