The show started last night, but I missed the beginning.  My DVR didn't know when to record, so it didn't get it all.  If you missed it, visit the website for more info.  The show was fun, and I liked the backstage shots and flashbacks.  It was great to see old Sports Arena footage. Wrestlers included were Wade Hess, Big Ugly, Thunder, Gentleman George Michael, Colt Tombs (Roddy Piper's son), The Grappler, and a few more.  Shawn Divari showed up near the end to throw his name into the mix, and Mean Mike Miller was on the commentating table with Don Coss for one match.

They announced a show at the Milwaukie Elks Lodge on December 4.  Sounds like fun!  Tickets are $10 general and $15 ringside.

I just saw a commercial for it.  There is a video on the site with Roddy Piper doing an interview and showing highlights of the show including Don Coss.

Check out the Video! 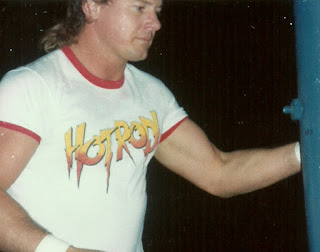