A New Blog for Old Memories 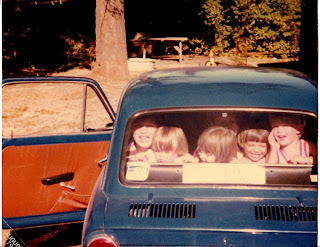 I have two older brothers.  They both watched wrestling on Saturday nights.  We only had one little black and white tv for the kids to watch and so the boys usually got the pick of shows.  I didn't like wrestling on principle.  I didn't pick it so I don't like it!  I was stubborn that way.  I still watched though because the alternative was going to bed and what 7 year old would choose that?  The year was 1983 and Billy Jack Haynes and Rip Oliver were in a long standing war.  Years later I watched some of those old matches and realized that they were very bloody, but a fuzzy 10" black and white tv showed no red, which was probably better for the five kids gathered around the screen.
Posted by SunyDay76 at 8:08 PM No comments: