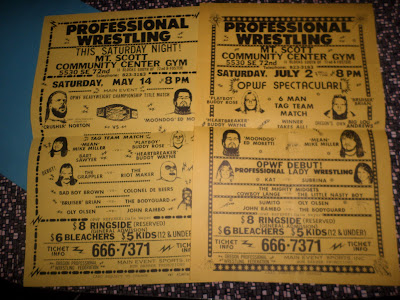 After Portland Wrestling officially closed it's doors in the early 90's, lots of others tried to bring back the original glory days. In the late 90's we got a new promotion called OPWF.  They ran shows out of the Mount Scott Community Center in Southeast Portland.  They shows were fun and upbeat.  They even got tv after a while.  Don Coss announced.  It really felt the closest, to me, as the old days.

Every week after the show, I would ask the person at the ticket counter if I could have the posters and eventually they would just save them for me and have them waiting after the event. 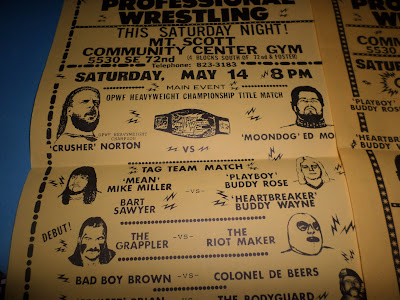 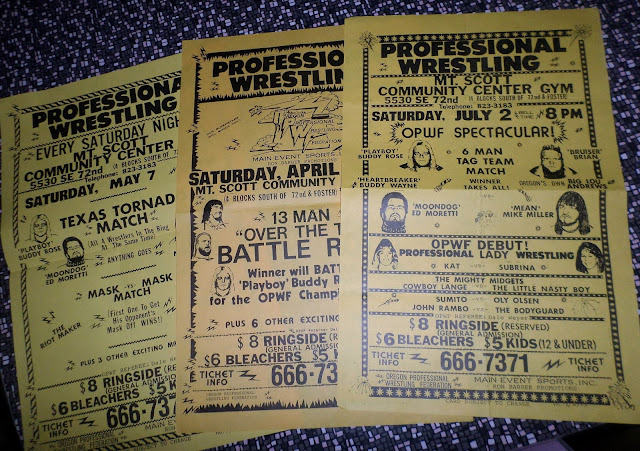 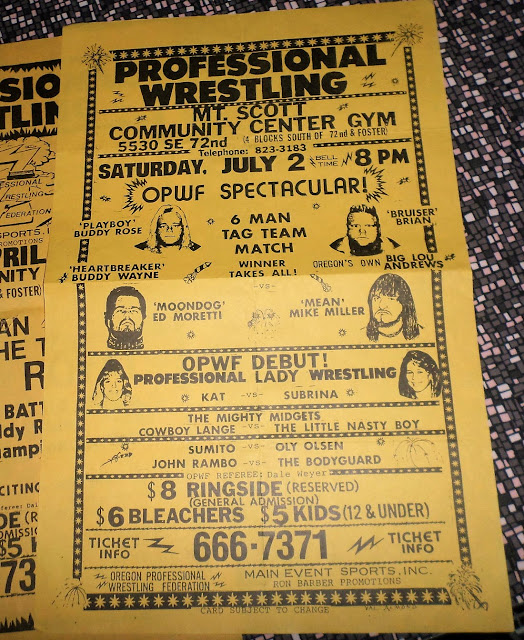 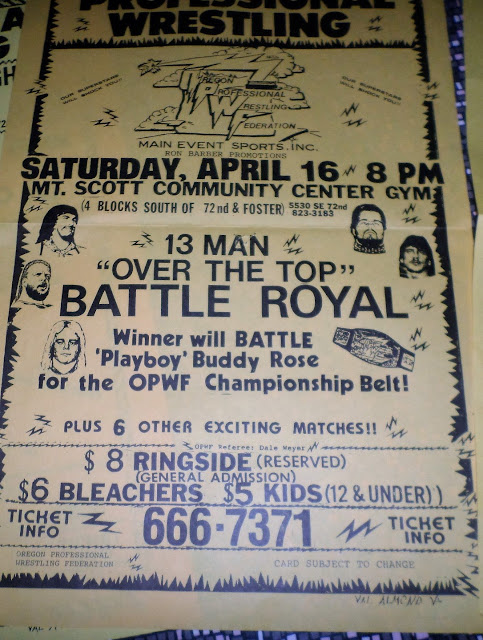 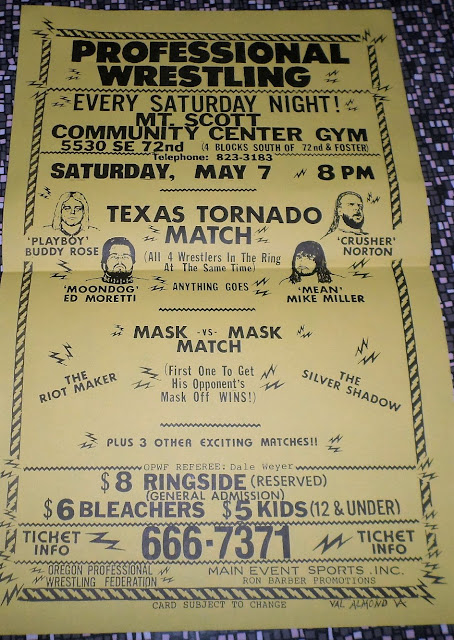